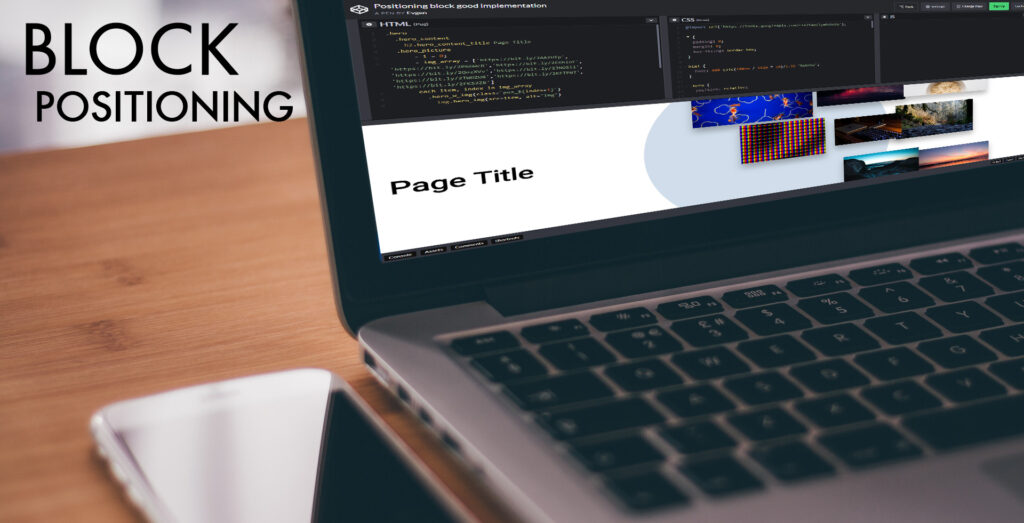 In this short article, we will explain how best to position such blocks.

These images should be separate blocks as the video will play in each of them when you hover.

There is a div.hero_picture which hangs as an absolute and stretches to the full width and height of the section.

After that we set the child elements on mod from the centre of the parent block, means there is the positioning of the elements relative to the section through top, bottom, left, right.

The result of the wrong method

Cons of this method

The structure we have remains the same. Only now the styles for div.hero_picture will be as follows:

We lay out a parent element in the place where it should be. And the child elements will have the following styles:

Why this method is good? Now you can move the div.hero_picture block that contains blocks with photos as you want, you just need to change the position and everything will work as it has to.

Also, if you want to scale-down this block using font-size (for this you need to use relative metric units), it will scaling-down as it should, the centre point will be unchanged and the internal elements will not drift to the sides when scaling-down.

The result of the right method